Played by 2-8 Users divided into 2 Teams.
Each team has a maximum of 4 Players or Batsman per team.
Team lineup defines the batting order. A User may bat multiple times.
Each User must take his/her turn to bat and bowl. 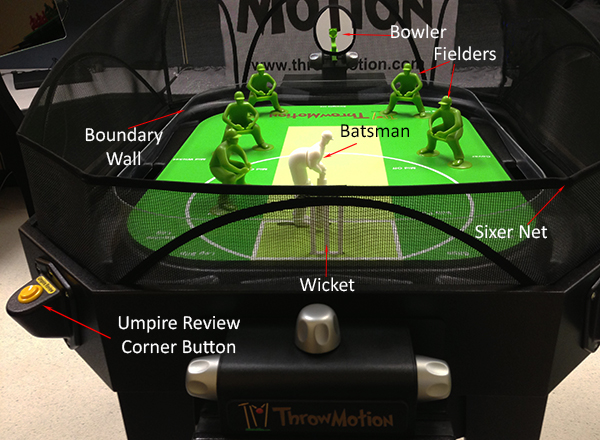 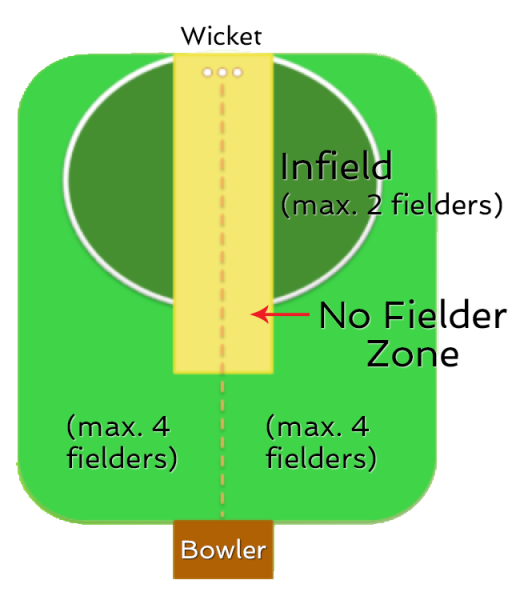 Two Wide Ball markers are used to prevent bowlers from delivering balls outside of the normal reach of a batsman. If a ball deflects off a marker without being hit by the batsman, then the batting team is awarded a bonus run and an extra ball.

Bowled: If the ball hits the wicket either directly from the bowler’s delivery or after deflecting from the body/bat of the batsman, batsman is out bowled.

LBW: If the batsman blocks the ball with his leg when it would have otherwise hit the wicket, he is out Leg Before Wicket (LBW). Generally, LBW decisions require an external “umpire”.

Caught: If a batsman hits a ball and a fielder catches the ball while the ball is in flight (not touched any object except a fielder), the batsman is out caught.

Games are restricted to a single innings, where each team bats once.

The first team’s turn at batting is over when:

The roles of the teams then change, and Team 2 gets to bat. If Team 2 can score more runs than Team 1 (before all of its players are out, or the overs are complete) Team 2 is the winner. If Team 2 is unable to reach Team 1’s score then Team 1 is the winner.

Dot Ball: A play in which no runs are scored
Over: A set of 6 balls or deliveries
LBW or Leg Before Wicket: A way for the batsman to get out
Wide: A ball bowled outside the normal reach of the batter