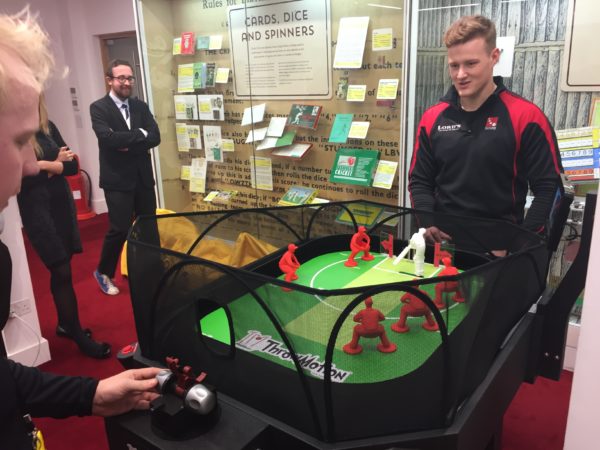 In this post, we look at an interesting way to reconstruct the excitement of a completed CricketLive game using the ball-by-ball information that’s recorded for every match. With over 2.2 Million recorded runs and 10 Million data points across ThrowMotion’s Cricket game units (including ball speed, runs scored and hit direction) we’ve implemented smart algorithms to extract out hidden gems – the unforgettable matches and moments – out of a database of 50,000+ matches.

The Wagon Wheel, is a color coded representation of shots hit by a batsman in a Cricket match. Since the legitimate scoring area in cricket encompasses a 360 degree circle centered on the batsman, over time the ensemble of all the shots resembles the spokes of a wagon wheel. Painstakingly made by hand in the past, the work of art below is a spectacular visual example of a Wagon Wheel of Brian Lara’s record test match score. (Courtesy the MCC Museum at Lord’s Cricket Ground). 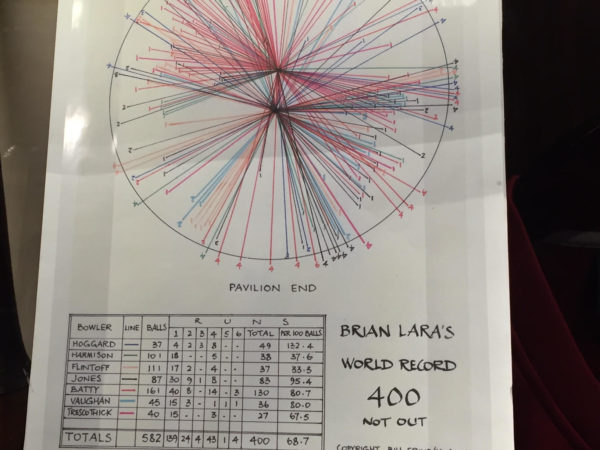 ThrowMotion’s algorithms identify games played by the user community and create animated Wagon Wheels to show the scoring patterns and capture the sequence of events as they transpired during a match. The figure below shows the final Wagon Wheel from a 6 overs, 3 wicket limited-overs match. Team 1, batting first scored 72 runs in 6 Overs, with a majority of the runs coming from along the ground shots, between long-off and long-on. 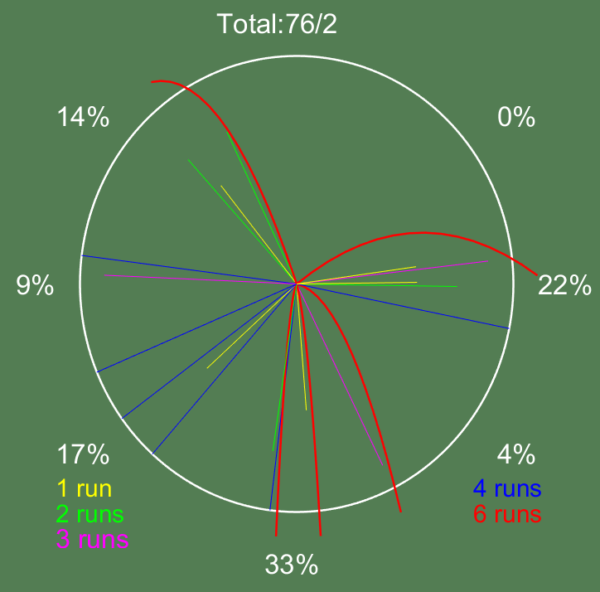 The animation below shows Team 2’s ball-by-ball response in a 20s clip. A quick wicket loss with only 2 runs on the board, and a second down with the score at 18/2, Team 2 appears to be struggling. However, with just one wicket left, they’re able to keep the runs coming at a steady rate. They reach the target in the last over, after a suspenseful 4 dot ball (no runs) sequence, followed by a final boundary to long-off.

Wagon wheels, run charts, batting averages, strike rates and many other stats are just a small part of the TM Analytics suite available on our game units.